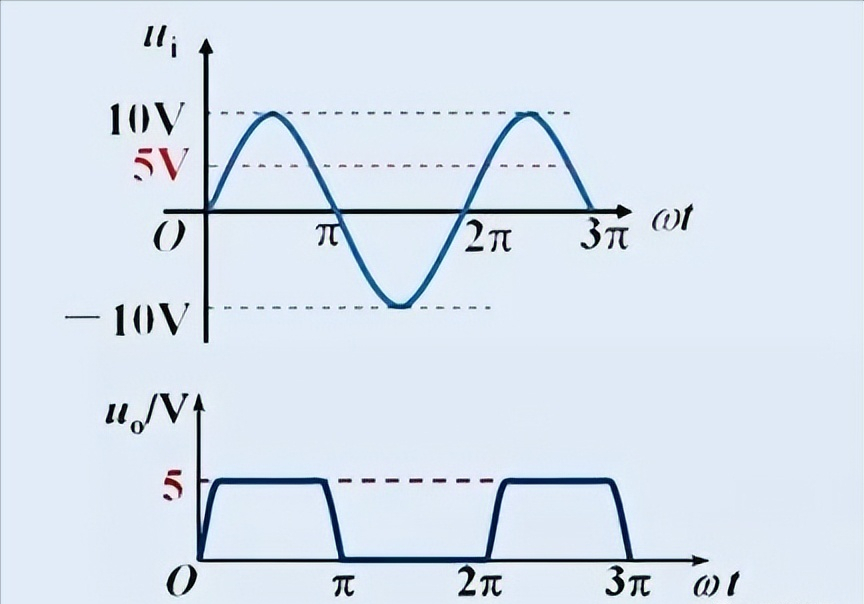 Zener diode, also known as the voltage regulator diode, belongs to a surface contact, high current transistor. Due to the large current allowed through, under normal circumstances, it will not cause heating of the pipe fittings. The graphic symbol is similar to that of a normal diode, but with an extra ear at the bottom.

When the voltage is positive, the regulator is no different from the ordinary diode, the difference lies in its reverse characteristics.

If there is such a circuit, the breakdown voltage of Dz is 5V

If Ui were an intersection variable, Ui =10sinωt, what would the output waveform of Uo look like?

We know from UI =10sinωt that the voltage will be greater than 5V, less than 5V, and over 0, plus and minus half axis changes, so we have to consider separately.