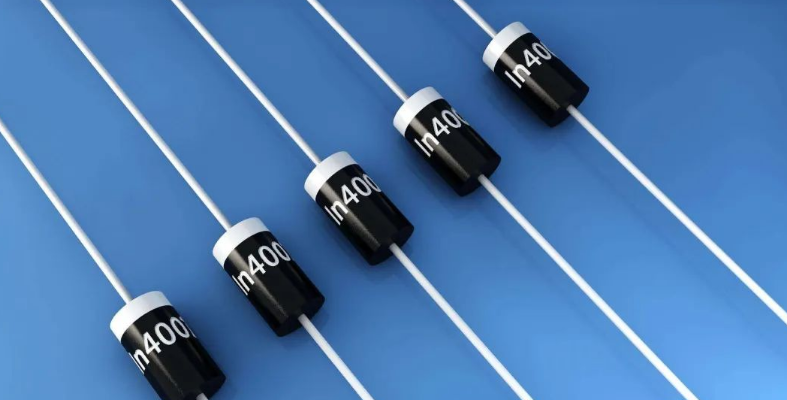 I believe that we are not unfamiliar with diode, on two legs, perhaps, engaged in electrical professional you can see it every day.

Diode has two legs, a Yin and a Yang, the anode is a, the cathode is K, pay attention to its drawing and marking, wiring do not make the wrong polarity, or there will be a big mess!

Some diodes are marked on the body, not marked, there are packaging symbols, with a silver ring for the cathode, if nothing is left, only to use a multimeter to find its poles.

There are only a few parameters that you need to remember, not too complicated. One is the rated forward average current, which is the maximum current allowed to pass through when the diode is on. Another is the highest reverse working voltage, negative half axis of the highest voltage is not allowed to exceed the value, otherwise, will shoot! So the choice of pipe fittings is generally 1.5-2 times of this value.

These two will do, the others are not much use. Another point needs to be clear, the volt ampere characteristics of the diode is greatly affected by temperature, the higher the temperature, the greater the reverse current, which is very adverse to the diode work, so, to ensure the reliability of its operation, it is necessary to control the room temperature.

At the beginning, it is mentioned that the most typical application of diode is rectifier. In the previous several articles, there are many for rectifier. This article will not be repeated. This article describes its other two applications, one is isolation, and another is limiter.

First, let's talk about isolation. In fact, it has been mentioned before that when two tubes are positively biased at the same time, the one with the higher potential will be the best leader, and then the remaining tube will be isolated, as shown in figure: